Detour to My Dream | Barkley Harper

It was another early day on set, however, this film was a Liberian Film with a great story line - a multi-cultural crew. I came on board as an art director and set photographer. I introduced myself to everyone and ended with a wonderful young lady rehearsing her lines. I simply smiled and waited as she continued. By the end of her scene we were chatting it up and finally exchanged information. I definitely wanted to stay in touch with her and thought to myself she could be a good interview for my blog. 8 months later, I am back on set with Barkley Harper, how great is the timing of life.

Barkley Harper now living in Atlanta, came from, Los Angeles and time in New York City under the advice of industry liaison, Jeff Wald. Immediately upon moving, she booked the lead role in Sparkles and the Black Weeping Woman. While in Los Angeles, Barkley was featured in six theatrical projects and nine commercials.

​Barkley studies privately with top LA acting coach, Margie Haber and with Sundance Award nominee, Kim Farrant. Commercially, she studies privately with Lisa Pantone and in-demand, Killian McHugh. She is continually studying improvisation at Upright Citizens Brigade and works daily with Greg Braun at The New Collective LA. When visiting and working in New York city, she studies privately with the legendary Susan Batson. Barkley has been featured in films, TV commercials, and theatrical productions throughout the United States. While in New York, she landed multiple commercial spots and originated the role of 'Gloria' in a new musical, Molasses in January (Off-Broadway). Barkley also headlined various showcases at the Off-Broadway Theater, The Triad.

Barkley definitely has a journey to share. Checkout my interview below!

Barkley is my mother's maiden name. I was really close with my Grandfather on my mother's side so I love it as my first name.

2. How did you get involved with acting? I have always been involved with the stage as far as singing and dancing. But TV/film is sort of a new world for me. I did Opera throughout high school and college. When I graduated college, I decided to go back and get my masters in Musical Theater. Funny story though; I got hit by a car, and they ran over my foot. So, I was unable to take half my classes since they were dance and movement based. I decided to drop out and just see what I could do without school. I started auditioning and got to perform around the US in Arizona, Massachusetts and Hawaii. After a while of that, I figured I might as well try New York. I knew absolutely no one there. I went out to New York City with two suitcases of clothes and the settlement money from my car accident. So, funny how something so horrible at the time actually enabled my dream to come true. While out in New York City, I met the legendary Susan Batson (works with Nicole Kidman). At the time, I thought I wanted to work on my acting to supplement my musical theater performance. But, after working with her for only a few weeks, I knew I wanted to do film and TV work. So, for the past two years, I have been diving deep into it. I've booked over 15 roles and over a dozen commercials in the past year and a half so I think I'm off to a pretty good start!

3. What or Who inspired you?

Career-wise, Nicole Kidman has always been my favorite actress. I really love how she started as an ingenue and somewhere along the line has transitioned to these more raw roles where she doesn't even wear makeup on screen. She's so unapologetic of who she is and her messy is absolutely stunning. But, the cliché answer is my mom and her family. They are a group of extremely strong, self sufficient and intelligent women and I've been really lucky to have so many amazing female role models.

4. What did you want to be when you were a child? I always wanted to be an actress. I just knew that I wanted to do that. I had thoughts about being a doctor or a vet for a while but I think deep down I was just afraid of the failure if I tried to act. But, I always knew that I was meant to be something unconventional like an actress.

5. What were you doing before you started officially pursuing a career in acting?

Gosh, I feel like I was always sort of pursuing it. I graduated high school early and went to school on a scholarship for vocal performance. But I guess before I went to college, I was working at IHOP. I served pancakes for four years. It took me so long to be able to eat maple syrup again. I also bartended in NYC. It was a lot of service industry jobs before I could act full time.

6. What has been the hardest part in developing and maintaining your career so far? The hardest part is that my nieces are in Arizona and realistically I will never be able to live there. Also, it's hard to have a set schedule so half the time that I say I'll be able to come home, I end up having to cancel because I end up booking something. It's really hard I feel like I'm letting them down because I know they are too young to understand. One is five and the other is three, so all they know is that I'm not there. And that's the hardest is to try to maintain a close relationship with them through Facetime. So just knowing that one day it'll be worth it and I can make them proud is what I have to keep telling myself. So I guess the hardest part in developing a career is staying positive while feeling so separated from the people I love most.

7. What would you tell your younger self when it comes to where you are now in life?

I would tell myself that it is ok to be different. I never really fit in with the other girls in school and now I realize how much of a blessing that was. If I had been comfortable friend-wise, I probably wouldn't have been able to leave my family to pursue acting. I wasn't meant to be a hairstylist and have three kids by twenty and that is OK! - Not saying there is anything wrong with that, but it wasn't for me!

I want to be known for being kind. I want to inspire people to feel good about themselves and through that be able to spread love and positivity. Above all else, being a good and kind person is key.

9. What advice would you give aspiring actors? Live your life. Experience everything. Don't care what other people think about you and LOVE YOURSELF. If you aren't willing to give up holidays, weddings, sleep and live off of rice and beans for weeks at a time in the beginning, don't do it. It is hard but when it's what you love it is worth it. Also, there is something magical about looking in the mirror everyday and telling yourself "you are enough" ten times. Try it out.

10. What is your favorite part of filming?

I love the first day of set when you come together with your team and you can trust all the hours of prep work you have done and simply play. Acting is about being an open instrument for the director, so I am really fond of that relationship and seeing what they can throw at me.

11. What is your must have item when on set?

My headphones. I always make a "character playlist" of songs that the character would listen to or that help me get into the mind set of the scene. Also, I love to dance to keep me in my body and out of my head. It's not unusual to see me dancing in a corner somewhere and making weird noises. YOLO

12. What would be your ideal character to play? Funny enough, I got to play one of my dream characters as my first role I ever booked professionally! Rachel in The Quiet Room is a pyromaniac in a mental institution -- It's currently on the festival circuit so definitely try and catch it at a film festival if it comes your way! Follow us @thequietroomfilm for releases -- I really like the nitty gritty roles that involve some sort of mental illness or addiction, but it would also be a dream to play something in a musical film like Moulin Rouge or even an adaptation like The Last Five Years.

13. How do you keep yourself motivated and positive? I would be lying if I said I haven't had a breakdown driving down the 285N while talking to my mom on speaker phone. It is HARD. Especially when you live off of little to no sleep. But staying in the art always reminds me why I love it. Getting on a set, being in class, watching a play, even reading a book about acting all make me feel something inside that nothing else can. That feeling reminds me why it is worth it.

For more on Barkley visit her site barkleyharper.com 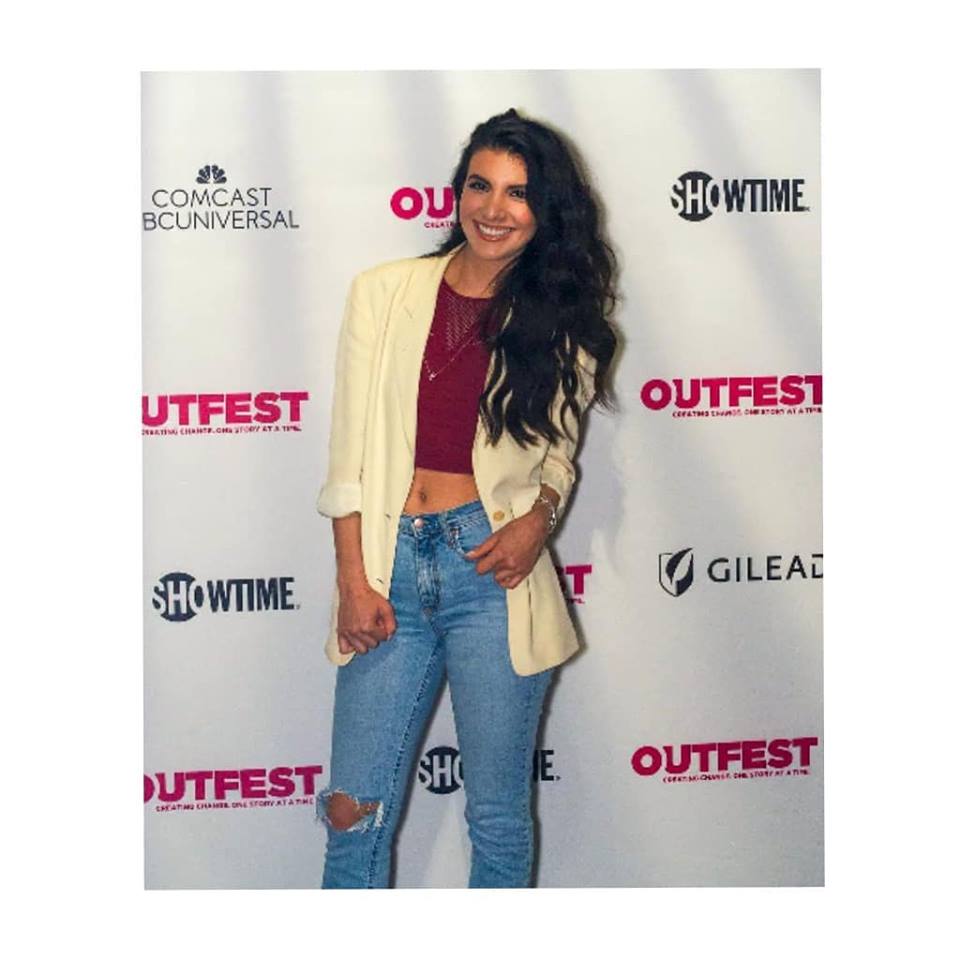 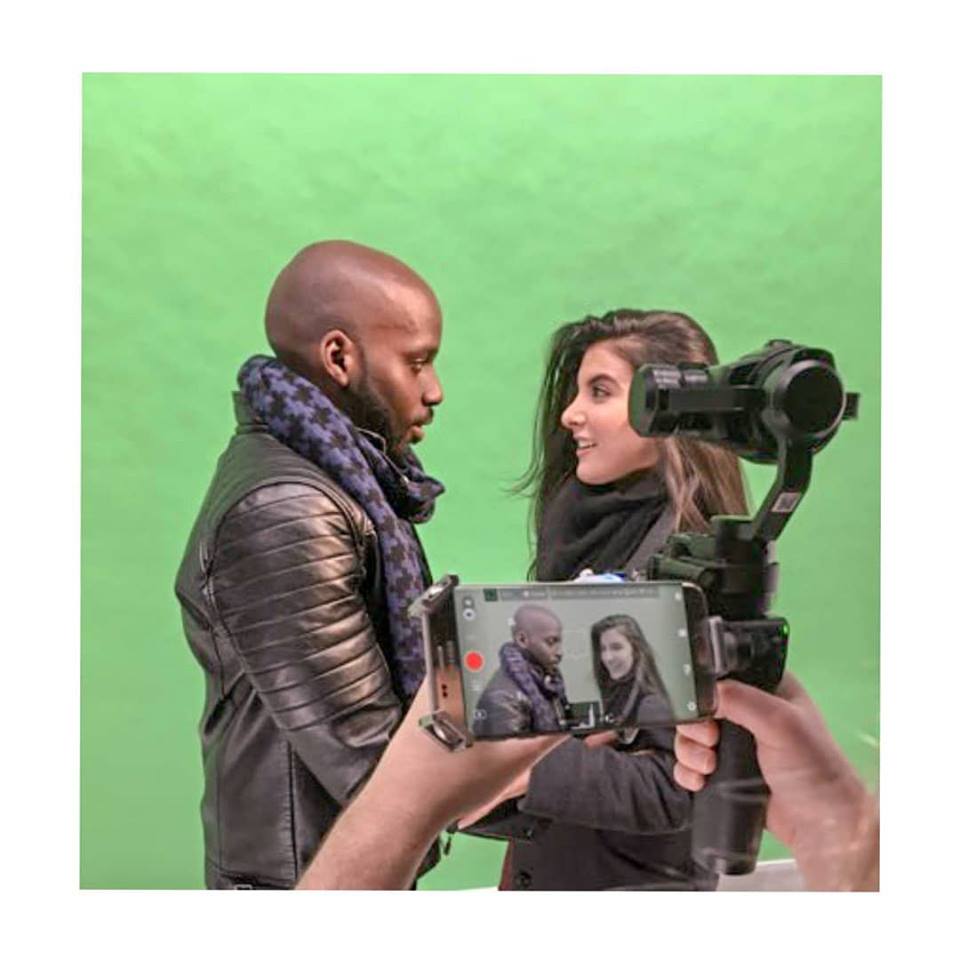 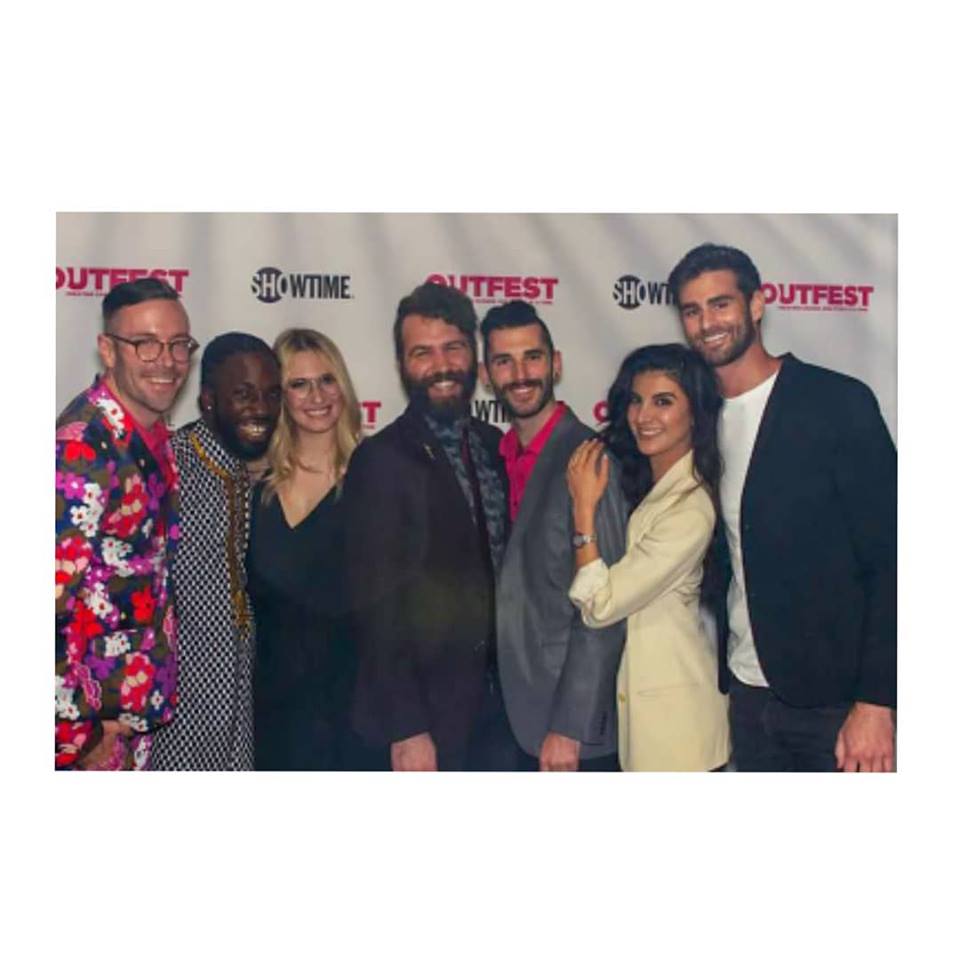